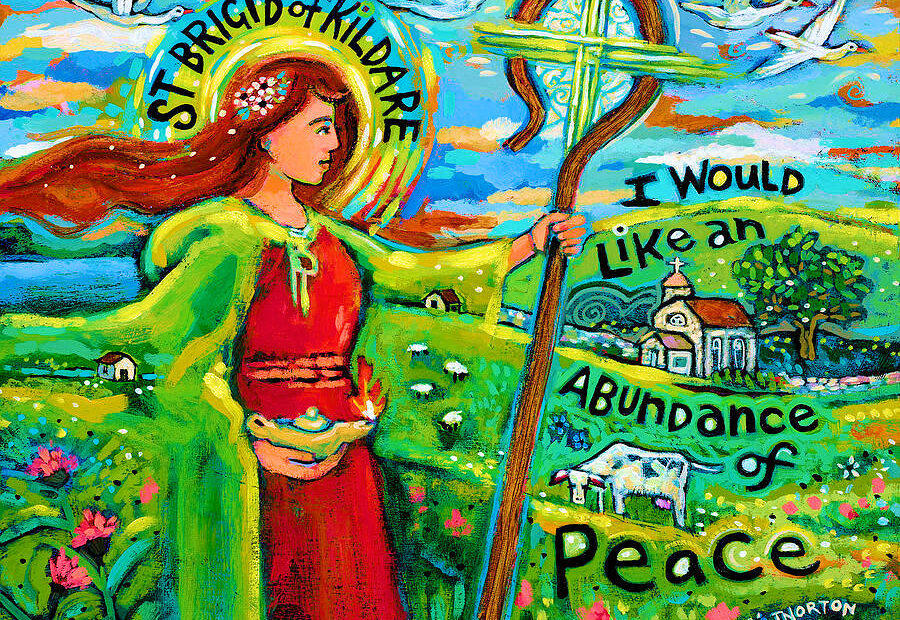 Patron saint of Sweden, Bridget married a young prince and lived happily with him for 28 years, bearing him eight children. St. Catherine of Sweden was their daughter. After her husband died, Bridget founded the Order of the Most Holy Savior, erecting at Vadstena a double monastery for monks and nuns. Following the guidance of the Holy Spirit, she later went to Rome, where she worked for the return of the Popes from Avignon. She died of natural causes in 1373, at the age of seventy-one. This Scandinavian mystic is famous for her Revelations concerning the sufferings of our Redeemer.

According to the Roman Martyrology, today is the feast of St. Liborius, the son of an important family in Gaul, who became Bishop of Le Mans and played a leading part in spreading Christianity in Gaul at the end of the fourth century.