In the first reading, Samuel, who was still young, was woken by hearing his name called in the night. He thought that the person calling him was Eli, the old priest whom Samuel served. But Samuel was wrong in thinking this. It was the Lord calling. 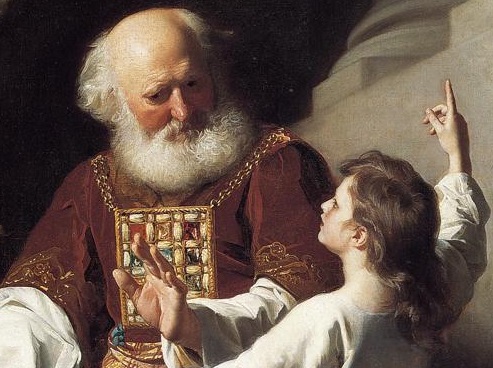 The answer is “Eli.” In other words, in the story, it is the wise old priest who believes these things. It is Eli who understands that you can be in direct contact with God and still not know that it is God who is talking to you.

The answer is that you can’t know until you are willing to listen. God doesn’t force monologues on the unwilling. He invites to conversation. When Samuel is ready to tell God that he is willing to listen, then the real connection between God and Samuel begins.

The connection that starts with that willingness of Samuel grows into a friendship that is rightly described this way: the Lord was with Samuel. At that point, no one at all could miss the fact that it was God who had called Samuel.

And so here is one moral of the story in the first reading. The voice of God can be anywhere, in any guise. It isn’t thunder and lightning or extraordinary psychic happenings that connect a person to God. Rather, it is the willingness to listen, to trust and obey, that makes the Lord known to you.