The Baptism of the Lord

Today’s Feast marks the conclusion of the Christmas Season and the beginning of Ordinary Time.  It’s a feast of transition from Jesus’ hidden life to that of His public ministry.  It also echoes the theme of the Epiphany in that the Baptism of the Lord is another manifestation announcing Jesus’ divinity to all of His first followers and to the disciples of John the Baptist.

First of all, it needs to be pointed out that Jesus did not need the baptism of John.  John was baptizing as a call to and sign of interior repentance.  Jesus had no need to repent.  But, nonetheless, He comes to John.  John resists at first but Jesus insists.  Why did He receive baptism? 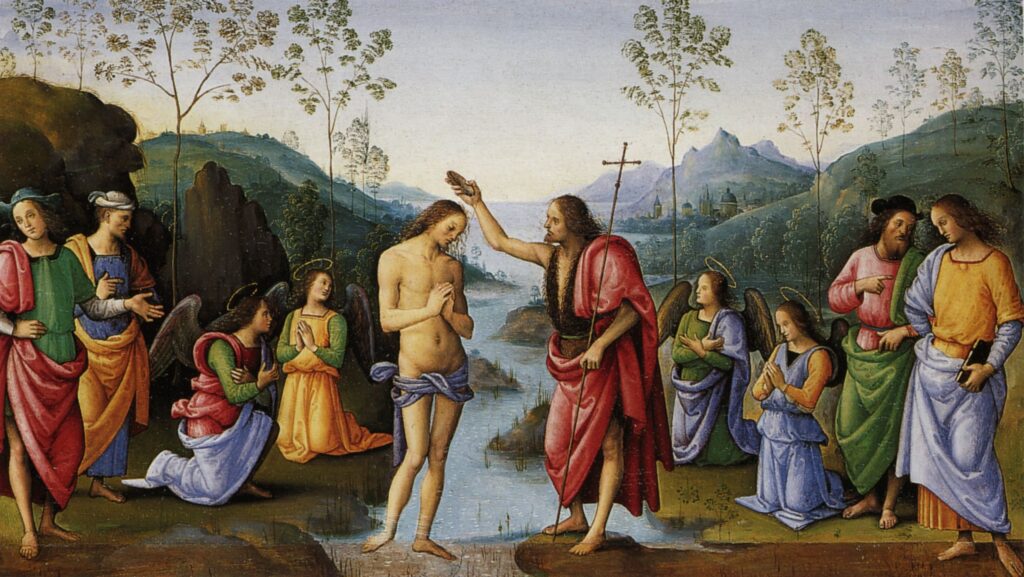 First, by accepting the baptism of John, Jesus affirms all that John has said and done and affirms his sacred role of preparing the way for Jesus and for a new era of grace.  Therefore, the Baptism of Jesus acts as a bridge between the Old Testament prophets (of which John was the last) and the New Testament era of grace and truth.

Second, it has been said that when Jesus entered the waters of baptism, He was not baptized by the waters, rather, His Baptism was one in which all the created waters of this world were, in a sense, “baptized” by Him.  By entering into the waters, Jesus sanctified water and poured forth His grace making all water the future source of salvation.

Third, the Baptism of Jesus was an epiphany.  It was a moment of manifestation.  As He emerged from the waters, “Heaven was opened and the Holy Spirit descended upon him in bodily form like a dove.  And a voice came from Heaven, ‘You are my beloved Son; with you I am well pleased.’”  This manifestation of the sonship and divinity of Jesus took place in a physical, audible and visible form so that all present would know, without question, that Jesus was the Son of the Father.  Thus, His baptism is a way in which the Father introduced His Son and His Son’s mission to the world. 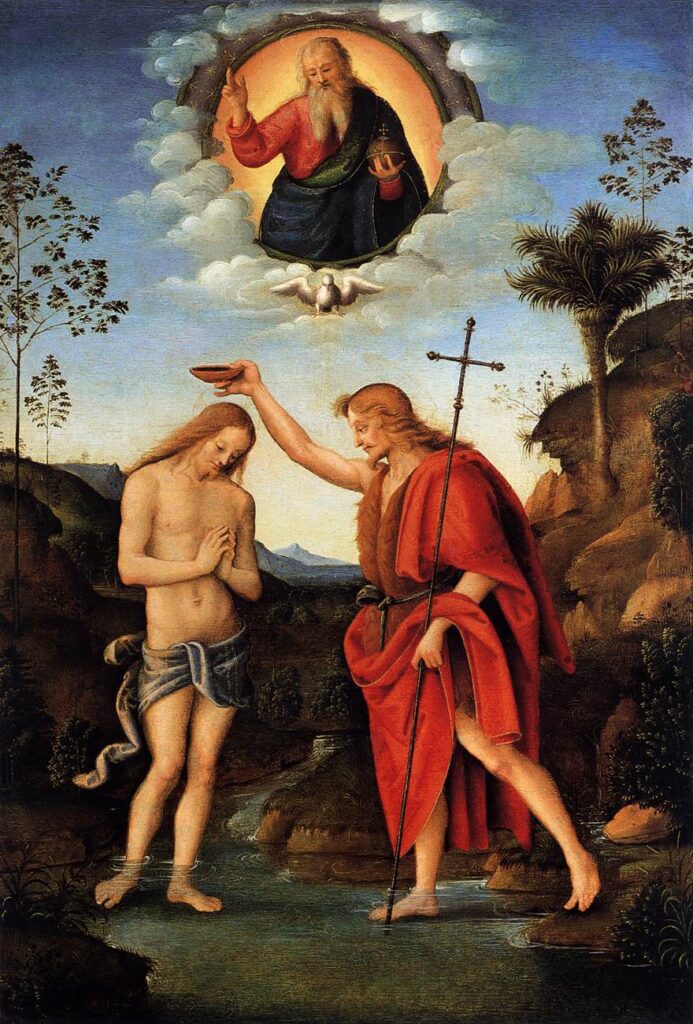 As we prepare to begin Ordinary Time, reflect, today, upon these words of the Father at the Baptism of Jesus.  Hear the Father speaking to You about the divinity of His Son.  Turn your eyes to Jesus and prepare yourself to follow Him and to heed every word He speaks.  He was sent into this world to draw us to the Father, allow Him to fulfill that mission in your own life.

Lord, I believe that You are the Son of the Eternal Father and the Savior of the World.  I believe that You have brought about a new era of grace and truth and that I am called to follow You wherever You lead.  As we begin this liturgical season of Ordinary Time, may it be a time of extraordinary grace in which I daily heed Your voice.  Jesus, I trust in You.