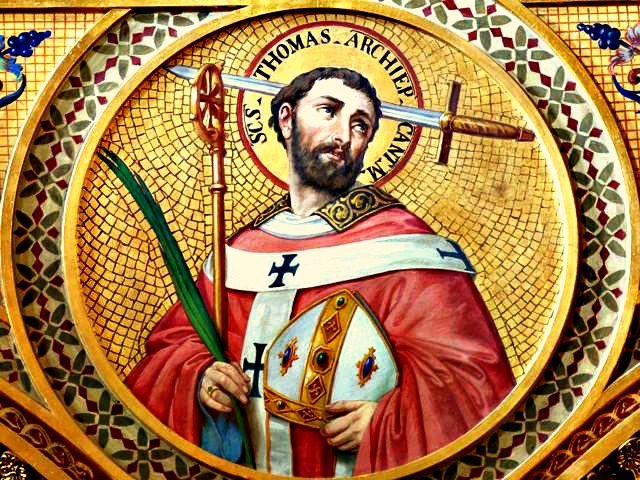 Today is the fifth day in the octave of Christmas. The Church celebrates the optional memorial of St. Thomas Becket, bishop and martyr. He was born in London and after studying in Paris, he first became chancellor to the king and then in 1162 was chosen Archbishop of Canterbury. He went from being “a patron of play-actors and a follower of hounds” to being a “shepherd of souls.” He absorbed himself in the duties of his new office, defending the rights of the Church against Henry II. This prompted the king to exile him to France for six years. After returning to his homeland he endured many trials and was murdered by agents of the king.