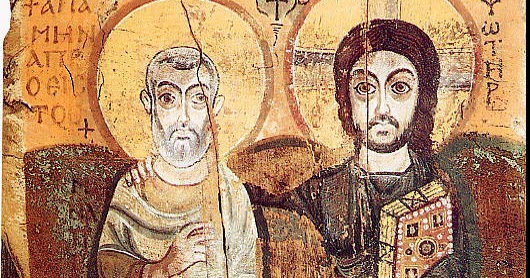 According to tradition Sts. Protus and Hyacinth were Romans by birth, brothers and servants in the house of St. Basilla. They were burned alive around 257, during the persecution of Valerian and Gallian. St. Hyacinth is unique among Roman martyrs in that his epitaph and grave in the cemetery of Basilla on the Old Salarian Way were found intact in modern time (1845); in it were the charred bones of the martyr, who had been put to death by fire. Part of the empty tomb of St. Protus was also found. According to the 1962 Missal of St. John XXIII the Extraordinary Form of the Roman Rite, today is their feast.