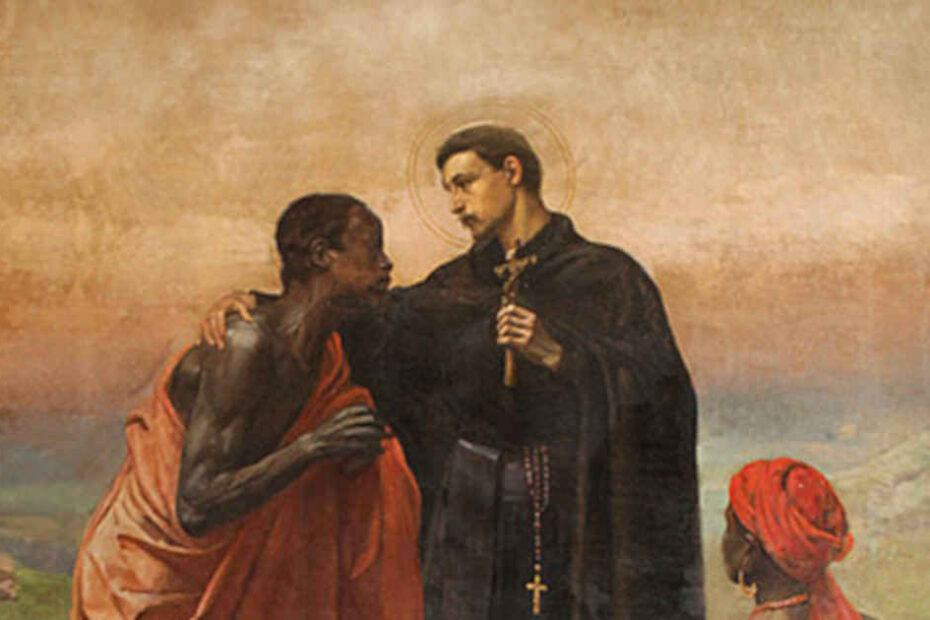 Peter Claver was born of a distinguished family in Catalonia, Spain. He became a Jesuit in 1604, and left for Colombia in 1610, dedicating himself to the service of black slaves. For thirty-three years he ministered to slaves, caring for the sick and dying, and instructing the slaves through catechists. Through his efforts three hundred thousand souls entered the Church. He is the Patron of the Negro Missions.