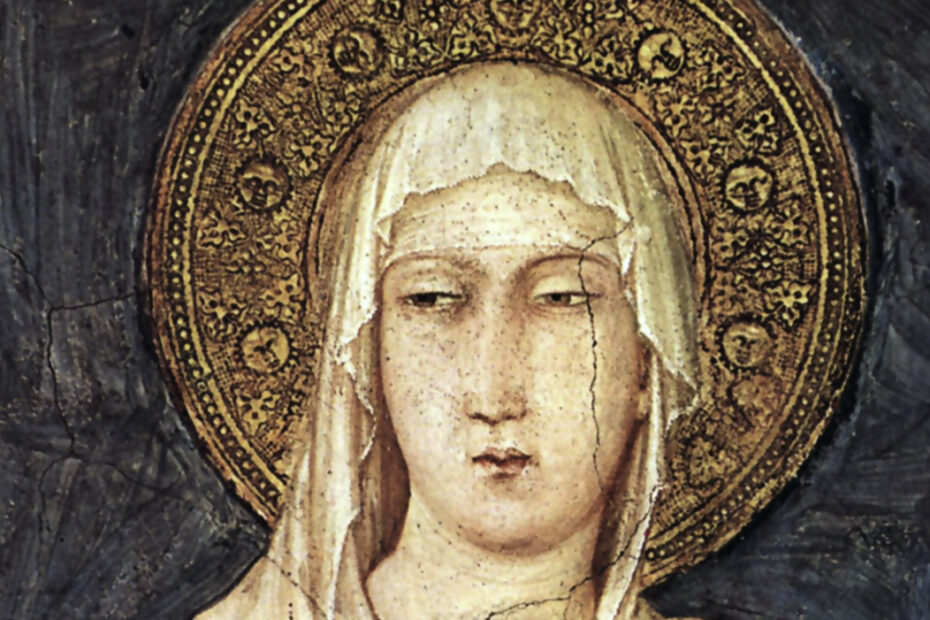 St. Clare of Assisi was the first woman to practice the life of entire poverty as taught by St. Francis. Placed by him at the head of a few companions in the small convent of San Damiano, she governed her community for forty-two years thus founding at the gates of Assisi the Order of Poor Clares. Their Rule included austerities hitherto unknown in monasteries of women. They went barefoot, slept on the ground, kept perpetual abstinence and made poverty the basis of their lives. St. Clare died on August 11, 1253, and was canonized two years after her death.