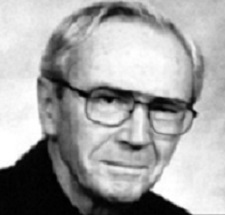 Of Calgary, died suddenly but peacefully with his family at his side at the Rockyview Hospital, on Saturday, January 27, 2007, at the age of 78 years.

Fr. McNamee was born in North Battleford, SK, on April 27, 1928. He moved to Saskatoon and then to Calgary in 1939. He attended Holy Angels and St. Mary’s Boys’ School, and did his theological studies at St. Augustine’s Seminary in Toronto and was ordained to the priesthood in 1953. He served in the parishes of St. Joseph’s, Calgary, Foremost, Picture Butte, Beiseker, and Canmore, as well as St. Luke’s, St. Gerard’s, Holy Name and Canadian Martyrs Parishes in Calgary. He was the founding pastor of St. Bonaventure, Calgary, and served there for fourteen years. He retired in 1996 and assisted in various parishes throughout the diocese.

Fr. McNamee is survived by his brothers, James of San Pedro, California, Donald (Joan) of Kamloops, BC, William (Betty) of Calgary; his sisters, Wanda Theriault and Jean (Dave) Quirin both of Calgary; and by numerous nieces, nephews and their families. John was predeceased by his parents Sarah and James McNamee and his brother-in-law George Theriault.

Funeral Mass will be con-celebrated at St. Mary’s Cathedral (219 – 18 Avenue S.W.) today, January 31, 2007, at 1:30 p.m. with the Most Rev. Frederick B. Henry DD and the Most Rev. Eugene Cooney, Presiders. Graveside Service to follow at St. Mary’s Cemetery. Forward condolences through www.mcinnisandholloway.com.

Special thanks to Doctors Mayhew and W. Mulloy, Rev. J. Dowling and the many other priests, parishioners and friends for prayers offered during his illness.