How difficult it is to even begin to think about the passion of our Lord Jesus Christ.  Words sometimes fail us. If someone who was not a Christian asked us to explain what Christ’s suffering and death on the cross meant to us, it would be difficult to put it into words.  Our emotions well up to the surface and get in the way.  We can hardly talk about it.  The right words just won’t come.

Many people withdraw inside of themselves, shutting out the world around them during Good Friday services, when the gospel account of Christ’s passion is read.  Many of us who attend Good Friday services in the afternoon, watch the procession of people who venerate the cross in silence.  One by one, each person makes a profound statement of their love for Jesus in their own unique way.  Words are not needed.  Their emotions show on their faces and in their body language. Words may fail us when we contemplate Christ’s death, but our hearts do not.  The heart has a language all it’s own, but love is the most difficult of all emotions, to fully express. 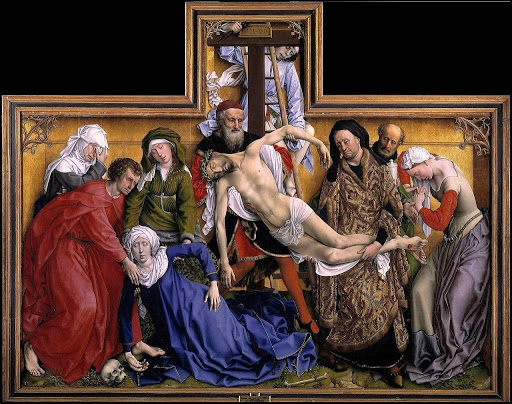 Saint Peter had a hard time handling his emotions when the soldiers came for Jesus.  He immediately defended him with his sword and cut off the ear of the high priest’s slave.  Sometimes we act before we think too, when our emotions are out of hand.  But, Jesus calmed the situation down, by telling Peter to put away his sword, because he needed to do what his Father wanted.

We think we know the story about the passion and death of Jesus Christ on the cross really well, because we’ve heard it for many years.  However, what we notice about the passion of Jesus Christ is a little different every year.  For an example, after the soldiers arrested Jesus, Peter stood with the slaves and guards warming himself by a fire, because it was cold.  Have you ever thought about it being cold or a little cool during the day when Jesus was crucified?  All of the movies we’ve watched about the passion of Jesus show him sweating a lot, but it may not have been very warm.  The cold is something we may not have even considered, when Jesus laying dying on the cross, without wearing any clothes to keep him warm.  Criminals were also often crucified completely naked, in order to humiliate them further when they were dying.  Every single shred of human decency was taken away from Jesus in the last moments of his life. 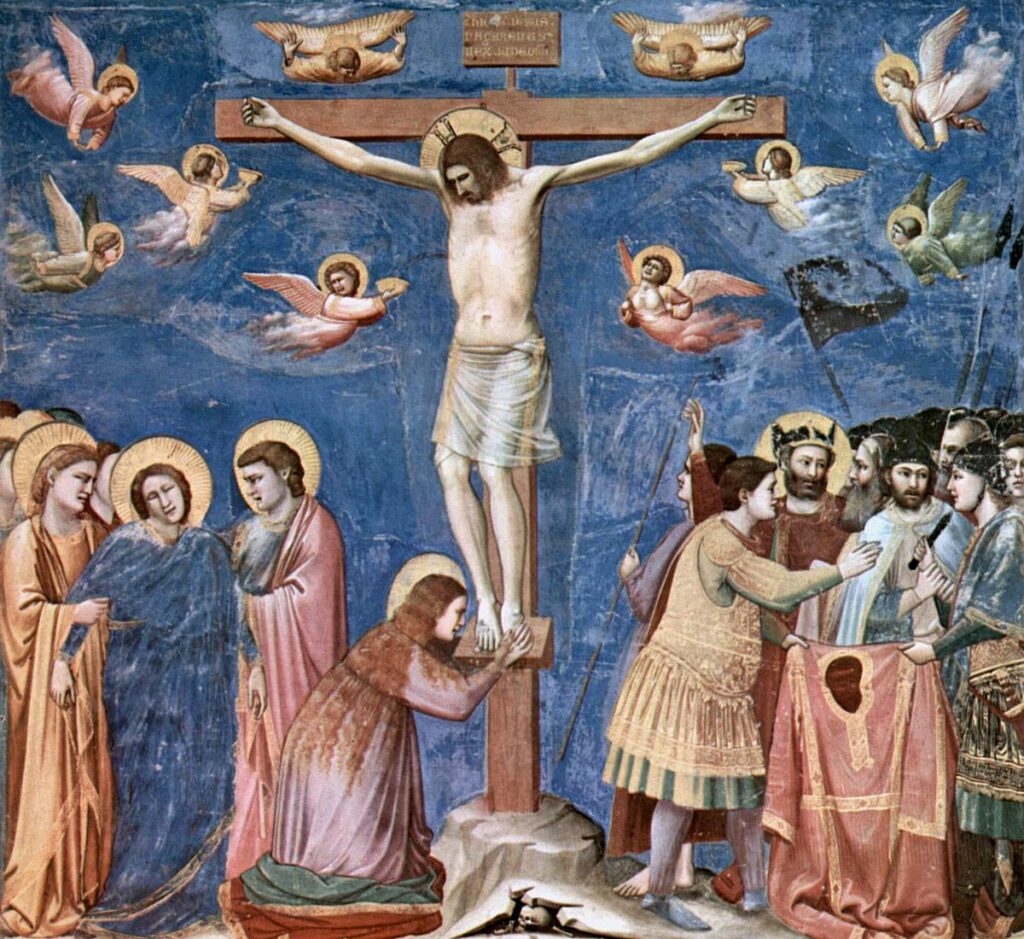 And yet, the Jews that brought Jesus to Caiaphas would not even enter the praetorium, for fear of defiling themselves so they wouldn’t be able to eat the Passover meal.  What’s wrong with this picture?  If we think life isn’t fair for us sometimes, then we should remember it wasn’t fair for Jesus Christ either.

The Jews even had to find someone else to do their dirty work for them, because they could not execute Jesus themselves.  Pilate didn’t want to go along with it though.  We need to give him a little credit for that.  Pilate wasn’t even a Jew, but he recognized that Jesus was not an ordinary person.  Did you notice Pilate’s reaction after the Jews told him that Jesus was guilty because he made himself out to be the Son of God.  The scriptures said, “Now when Pilate heard this statement, he became even more afraid.”

Jesus had compassion on Pilate’s plight.  He was caught in the middle of a very difficult situation that he didn’t want to be a part of.  Jesus understood this, and did not condemn the man, who would sentence him to be crucified.  Jesus told Pilate, “You would have no power over me if it had not been given to you from above.  For this reason the one who handed me over to you has the greater sin.”  Jesus even eased the guilt of his executioner.

When Jesus was crucified, Pilate had a sign made, written in three different languages stating that Jesus was the King of the Jews, and he would not remove it, even after the chief priests went to him and asked him to remove it.  He said, “What I have written, I have written.”  Even Pilate recognized Jesus was no ordinary man.  He didn’t want anything to do with his death, and he wanted everyone to know that the Jewish people were the ones who were guilty of killing him.

Thankfully, the gospel account of Jesus’s death on the cross today is not as detailed as the readings we had on Palm Sunday.  It is still very difficult to read them, but it is also very difficult just to think about Mary’s suffering as she stood beneath the cross, watching her son die.  The pain must have felt like a knife cutting into her heart, just like Simeon had predicted the day Mary and Joseph presented baby Jesus in the temple.  How could she have stood the pain, standing by helplessly, while her son suffered such a horrible death, watching his life slowly slipping away and there was nothing she could do?

There was nothing Jesus could do to ease her pain while she watched him die, but give her to John.  He gave his mother to John, to love her, and take care of her for him, after he was gone.  They needed each other.  They would need each other to get through the days ahead of them.  Mary needed John, but John also needed Mary. 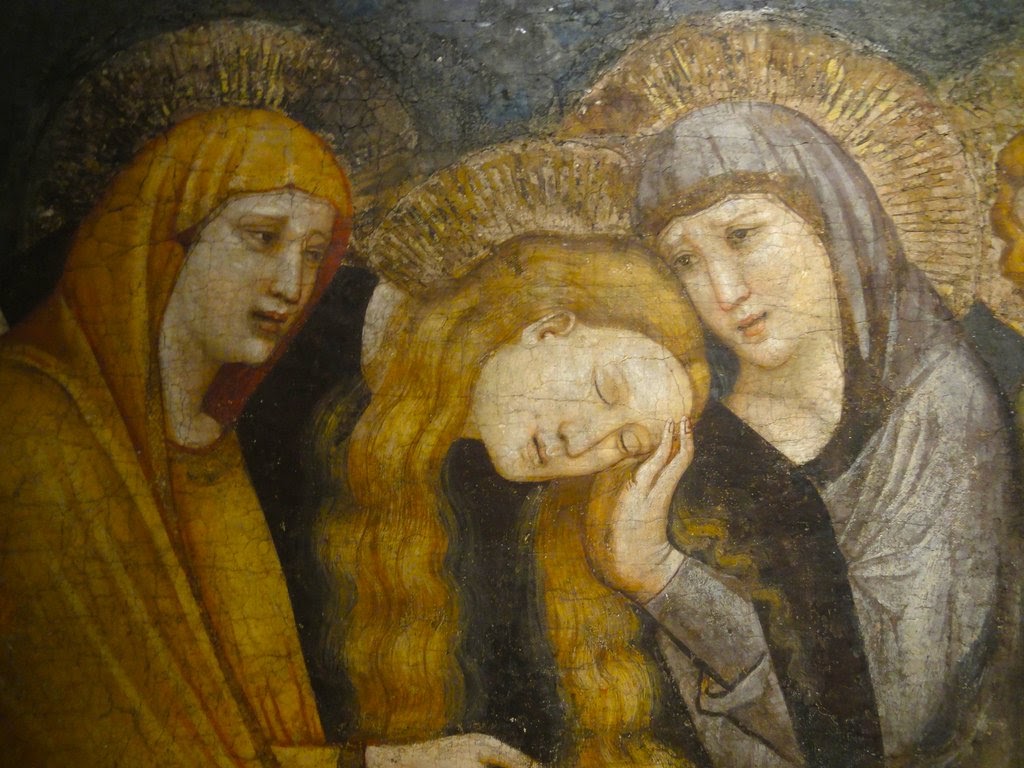 We need Mary too, in our own moments of weakness.  When we suffer over our own families.  When life gets to be too much.  Too difficult.  Too hard to handle by ourselves.  We are not always as strong as her.  We are weaker than Mary.  When our own faith falters and we are not so sure about our own lives anymore, we should try to remember what Jesus said in the last moments of his life on earth, to “Behold, your mother”. 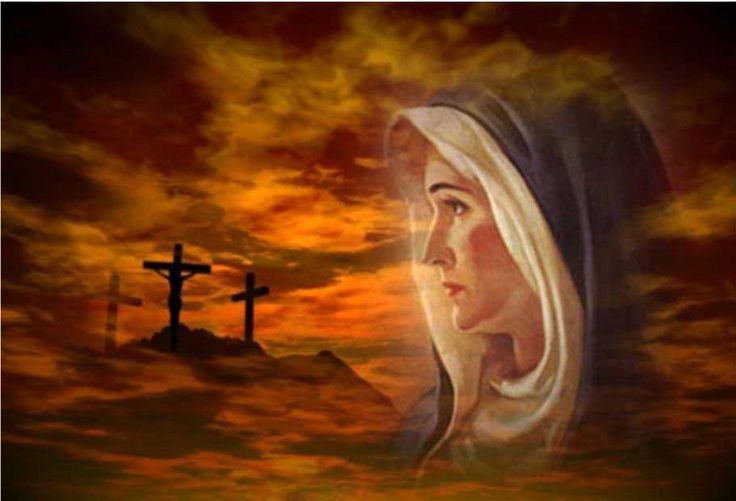 Mary is our mother now.  She guides us back to her son.

Everything we need to know about life, is found in the death of Jesus Christ on the cross.

The Passion of Christ